ESAG at the One Conference 2015

Members of the Epiphany Sacred Arts Group attended the ONE CONFERENCE 2015, held on February 14, at the Vancouver Convention Centre. They were part of the 70 Ministry booths present and displayed works by Guild members, providing information and inspiration to those who visited. The Conference is organised annually by the Roman Catholic Archdiocese of Vancouver and featured inspirational speakers from the US and Canada, and concluded with a special mass said by Archbishop J.

For those who missed the ONE CONFERENCE 2015 on February 14, here's special treat. Here's a Highlight reel of the event produced by the Archdiocese of Vancouver....Don't forget to join us next year! #oneconference #rcav #highlightvideo

Art As a Tool for Evangelization

From Atheism to the Christian Faith

Talents "on loan" from God

A Journey of Prayer and Work through Iconography

A New Piece by Bart Begalka

Stations of the Cross Project 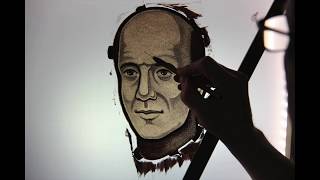 A Portrait in Stained Glass